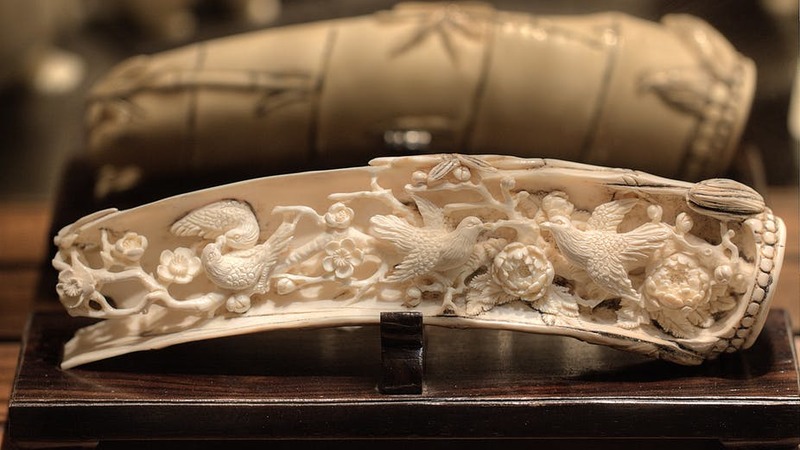 On December 31, 2021, Hong Kong at last officially banned the sale of elephant ivory. The culmination of a three-year-long process, the ban prohibits its import, re-export and commercial possession, with a maximum penalty of 10 years imprisonment and a HK$10 million (US$1.3 million) fine.

The commercial possession of all ivory except pre-1925 antique ivory is now completely banned. While we celebrate this milestone, we also need to pause to ask a question: is this ban enough to stop illegal wildlife trafficking?

Hong Kong has a long, dark and justified reputation for being a hub for the illegal trade in endangered and threatened species. In the 1970s and 1980s, the city gained notoriety as one of the largest importers of elephant tusks.

For decades, it was a well-known ivory-carving centre, had a thriving retail trade and was a leading re-exporter of both worked and raw ivory tusks.

In 1989, an international trade ban introduced by the Parties to the Convention on International Trade in Endangered Species of Wild Fauna and Flora (Cites) led to a decline in the ivory trade in Hong Kong and across the Asia-Pacific region, though no specific bans were enacted here.

This decline proved to be short-lived. As China’s economy began to boom in the early 2000s, so, too, did the demand for ivory products.

With ivory being a traditional symbol of wealth and high status in many Asian cultures, particularly China, the ivory trade flourished hand in hand with China’s GDP. A surge of mainland Chinese tourists reignited Hong Kong’s local ivory industry, leading to large flows of both legal and illegal smuggled ivory entering and leaving the city.

Between 2010 and 2020, Hong Kong Customs seized more than HK$1 billion in trafficked wildlife products, including nearly 34 tonnes of ivory. In 2017, the authorities confiscated a record 7.5 tonnes of ivory, a case that has remained unprosecuted for five years.

In another case from 2016, an undercover officer purchased a pair of ivory chopsticks in an arts and crafts shop in Sheung Wan which were proven to be post-Cites ivory.

These cases, two of many, illustrate that even with an international trade ban in place, demand for ivory in Hong Kong remains high, with traders easily disguising post-Cites ivory as legal ivory and selling it.

In 2018, Hong Kong finally enacted a three-phase ban on elephant ivory. The first two phases banned the import and re-export of all elephant hunting trophies and all ivory, including pre-Cities. These have been in place since 2018, with the third phase – the closure of local ivory markets – coming into full effect at the end of 2021.

The first two phases did little to put a dent in the demand for ivory in Hong Kong. Smuggling continued unabated, as evidenced by the 2019 seizure of 2.1 tonnes of elephant ivory. This reveals a hard truth: banning the ivory trade alone, without addressing the demand for ivory products, only forces the trade underground and makes it even harder to trace and stop.

As of November 2021, there were still 47.1 tonnes of ivory left in the Hong Kong market. As an owner of an ivory art and craft store recently stated, most sales in the past came from either exports or tourism. Now, with the export ban and vastly reduced tourism, sales have dropped sharply, which is why so much ivory remained unsold by the end of 2021.

Now the danger is that traders might try to sell their remaining stock on the black market, passing it off as antique ivory. For most people who lack proper equipment, it is impossible to distinguish antique ivory from illegal elephant ivory, especially for small pieces. This creates another loophole that will let the illegal elephant ivory trade continue and demand remain high.

Outside our city, other jurisdictions are taking a more proactive approach. In New York, the state’s ivory law prohibits the sale, offer for sale, purchase, trade, barter or distribution of elephant and mammoth ivory articles and rhinoceros horn.

There are limited exceptions which are regulated and licensed by the Department of Environmental Conservation, giving the government full control over all trade in ivory articles and rhinoceros horn.

Like Hong Kong, Singapore used to be a hotspot for the import and export of ivory until it passed a total ban on all ivory trade in 2019, coming into effect last September 1.

Sadly, the answer to our question is “no” – Hong Kong’s ban does not go far enough. With such wide loopholes and thriving demand, it does not take an experienced conservationist to predict that wildlife criminals will continue to bring elephant ivory into Hong Kong and that unscrupulous traders will continue to try to sell it.

Hong Kong needs to ban the sale of antique ivory and take proactive measures to bring down demand immediately. Only then can we break this vicious cycle and give elephants the protection they deserve.

Jovy Chan is manager of wildlife conservation at WWF-Hong Kong