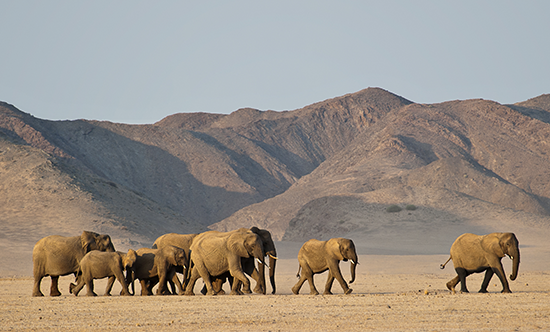 Four months after the bidding process closed, negotiations have been completed with regards to the sale of 170 elephants from Namibia.

He told Namibian Sun the only hold-up now is for the bidders to acquire import permits for the elephants. According to him, these permits form part of the agreement that will be signed between the ministry and the bidders for the sale of elephants.

Muyunda said he could not elaborate yet on which countries these bidders are from as the agreements are not yet in place. However, he said an agreement with a Namibian bidder is currently with the Office of the Attorney General, and will most likely be finalised and ready to be signed by next week.

Five bids were originally received for the elephants. The environment ministry aims to generate at least N$13 million from the sale.

The ministry advertised the 170 elephants for sale at the beginning of December last year and closed the bidding process on 29 January. It said the sale was in response to an increase in the elephant population, which had led to conflict with local communities.

The sale sparked widespread opposition, with online petitions calling for it to be cancelled and conservationists speaking out against it.

The ministry said it would sell the animals to anyone in Namibia or abroad who met its criteria, which included quarantine facilities and a game-proof fence certificate for the property where the elephants would be kept.

International media reports have alleged that the sale is linked to corruption and that Namibia is covering up its true elephant population figures. The environment ministry responded that concerns raised by international media, animal right groups, individuals and conservationists are baseless, misleading and devoid of truth.

Proceeds from the sale will be deposited into the Game Products Trust Fund for use on wildlife conservation and rural development projects.

Namibia’s elephant population currently stands at between 23,663 and 24,091, with an estimated rate of population increase of 5.36%.